Australian Open: Petra Kvitova Knocked Out After Defeat Against Sorana Cirstea In Second Round 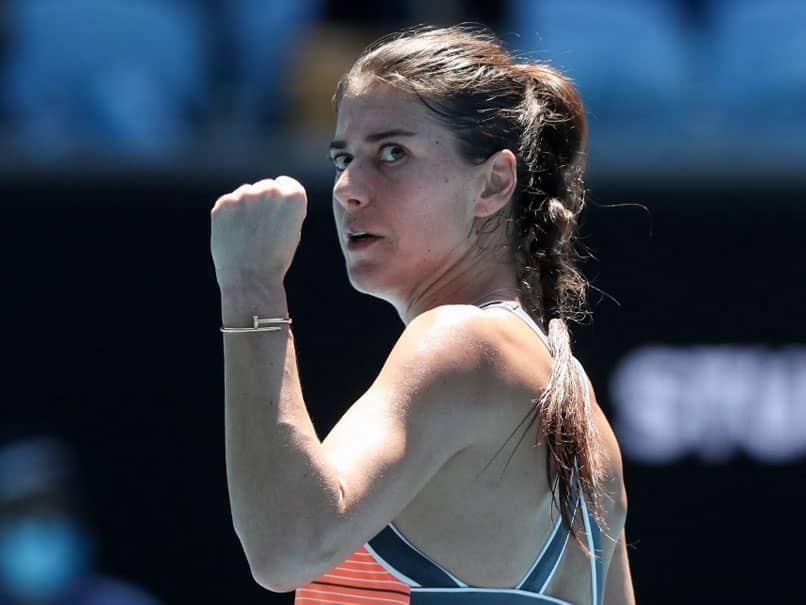 Sorana Cirstea plays Marketa Vondrousova of the Czech Republic in the third round.© AFP


Two-time Grand Slam winner Petra Kvitova slumped out of the Australian Open on Wednesday, after a tough three-set loss to Sorana Cirstea in the second round. The ninth seed hit back strongly after losing the first set, but her challenge fell apart as she went out 6-4, 1-6, 6-1 after 44 unforced errors and seven double faults. “It was impressive… I was not expecting it,” said Romanian Cirstea, who was one of the players that underwent hard quarantine, and couldn’t leave her hotel room for 14 days.

“I thought I could beat her and I was confident. I’m really happy with this win.”

Kvitova, the 2019 Australian Open finalist, recovered from a slow start to rediscover her powerful groundstrokes in a dominant second set, but faded on a humid Margaret Court Arena.

She had dominated the match-up prior, winning five of their seven clashes.

The 30-year-old Czech finished last year on a high, reaching the semi-finals of the French Open, but has had a difficult time after emerging from quarantine in Australia.

She won just one match at the warm-up Yarra Valley Classic, before falling to Nadia Podoroska of Argentina in three sets.

Cirstea, ranked 68, plays Marketa Vondrousova of the Czech Republic in the third round.