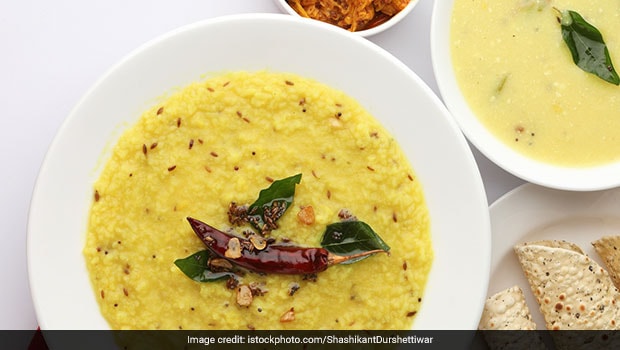 This Bikaneri khichdi recipe is a must-try.

Whenever we are feeling heavy or bloated or have an upset tummy, khichdi is served to us. Why? Because it is one of the lightest and easy-to-digest meals in Indian cuisine. Khichdi is a simple preparation made with the combination of rice and dal, seasoned with minimal spices. Bikaneri gehun ki khichdi is a popular meal in Bikaner, Rajasthan, where rice is not that commonly used. Instead, wheat, bajra, jowar and other such grains are used as alternatives to make rice-based dishes, which is considered beneficial for people dealing with diabetes.

Bikaneri gehun dal khichdi is made with wheat kernels instead of rice grains, and combined with moong dal and cooked in a pressure cooker. It is later garnished with a tempering of light spice mixture. This diabetes-friendly khichdi is just as easy to make as rice khichdi, except you need to soak the wheat kernels in water for some time in advance to soften them. Wheat kernels impart a great taste and crunch to the khichdi.

In Rajasthan, this moong dal khichdi is often served with Rajasthani gatte ki kadhi but you can pair it a dollop of ghee and serve with curd, papad or any pickle or chutney. This khichdi is a must-try for good taste and sound health.

(Also Read: 7 Interesting Facts About Khichdi You May Not Have Known)

Click here to view the complete recipe of Bikaneri Gehun Dal Ki Khichdi along with the ingredients list.

About Neha GroverLove for reading roused her writing instincts. Neha is guilty of having a deep-set fixation with anything caffeinated. When she is not pouring out her nest of thoughts onto the screen, you can see her reading while sipping on coffee.