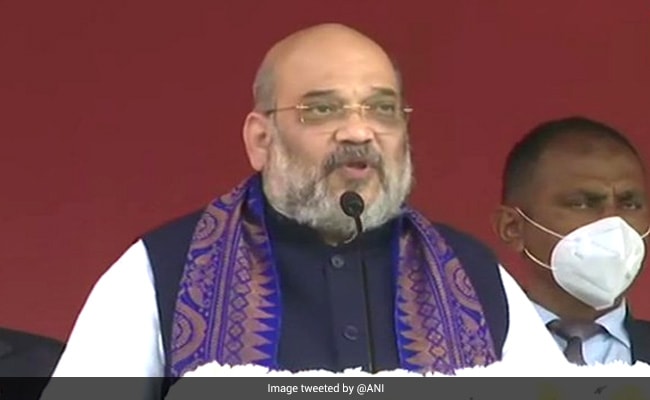 During his address, Amit Shah set a target for the BJP’s social media team (File)

Union Home Minister Amit Shah on Thursday said that the BJP will not rest until it forms the government in West Bengal with a two-third majority.

He said that the “war” is not just to remove Mamata Banerjee from power in West Bengal but to turn the state into “Sonar Bangla” (Golden Bengal).

“We will not rest before forming the government in West Bengal with a two-third’s majority,” he said while addressing the “social media warriors” of the BJP in Kolkata.

Amit Shah said that it will be ensured that every voter can freely exercise his/her franchise during the upcoming state assembly elections due in April-May.

Mr Shah, known to be the master strategist of the BJP, said that winning the West Bengal polls will pave the way for electoral successes in Odisha, Telangana and other states of the country where the BJP is not in power.

He set a target for the BJP’s social media team to reach out to two crore of the 10 crore population of West Bengal by propagating the party’s messages and the Centre’s achievements.

(Except for the headline, this story has not been edited by NDTV staff and is published from a syndicated feed.)