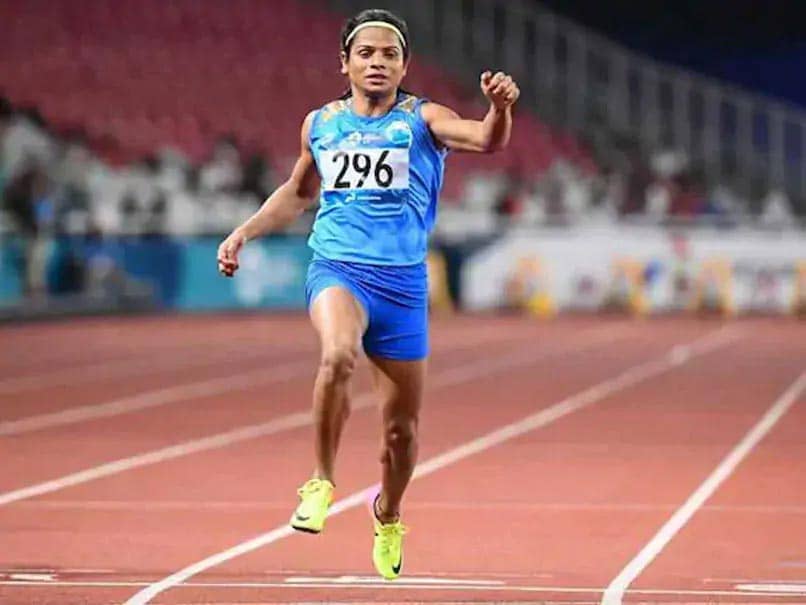 
Nationwide report holder Dutee Chand was crushed to second place by S Dhanalakshmi, whereas Hima Das was disqualified after a false begin in a much-anticipated ladies’s 100m dash ultimate within the Federation Cup Senior Nationwide Athletics Championships in Patiala on Tuesday. The 22-year-old Dhanalakshmi of Tamil Nadu took the gold by clocking 11.39 seconds forward of Dutee (11.58) of Odisha to turn out to be the quickest girl of the championships on the second day of competitions on the NIS Campus. One other Tamil Nadu runner Archana Suseendran was third in 11.76.

This was after Hima, who was working within the shorter dash races of 100m and 200m as a substitute of her per occasion 400m, was disqualified after a false begin.

The much-anticipated ultimate didn’t dwell as much as the expectations as Hima was proven the purple card, whereas Dutee and Dhanalakshmi didn’t come anyplace close to the Olympic qualification mark of 11.15 seconds.

Dhanalakshmi had certified for the finals because the quickest runner with a time of 11.38 within the preliminary spherical on Monday and she or he didn’t make any enchancment in her timing on Tuesday.

The identical was in case of Dutee, who had run 11.51 on Monday. Gurindervir Singh of Punjab received the lads’s 100m ultimate in 10.32 seconds, whereas Elakkiyadasan Kannada of Tamil Nadu (10.43) and Maharashtra’s Satish Krishnakumar (10.56) had been second and third respectively.

Gurindervir had clocked a private greatest 10.30 seconds within the semifinals on Monday in a 3rd quickest time by an Indian sprinter.