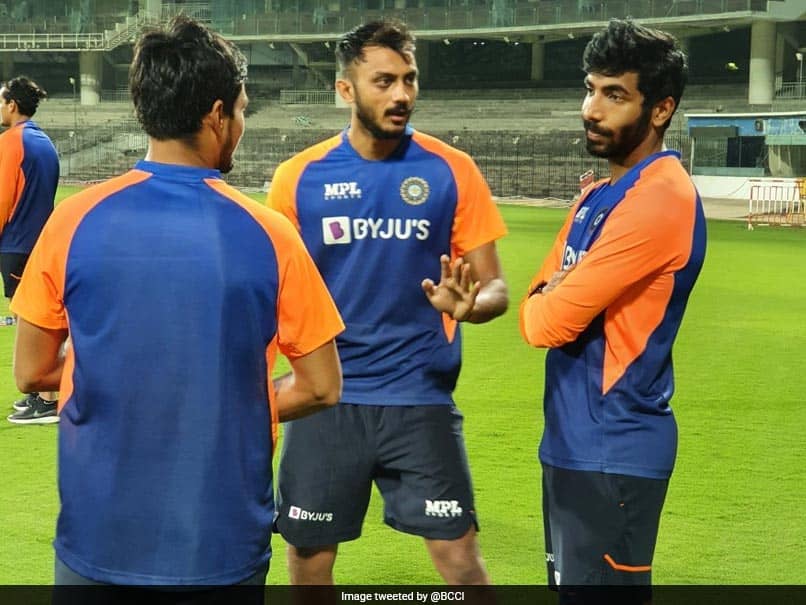 IND vs ENG: Axar Patel was ruled out of the first Test in Chennai due to pain in left knee.© BCCI/Twitter


India all-rounder Axar Patel returned to action on Thursday as he was seen bowling and batting in the nets ahead of the team’s second Test against England in Chennai. The Board of Control for Cricket in India (BCCI) tweeted a video where Axar can be seen loosening up, two days out from the Test that begins at the MA Chidambaram Stadium in Chennai. “Look, who is back in the nets! @akshar2026 is here and raring to go!” BCCI tweeted. The left-arm orthodox spinner was seen bowling to India captain Virat Kohli.

Look, who is back in the nets! @akshar2026 is here and raring to go! @Paytm #TeamIndia #INDvENG pic.twitter.com/HdaO9MgS9q

Axar was ruled out of the first Test, also played in Chennai, after he complained of pain in his left knee.

India had added Shahbaz Nadeem and Rahul Chahar to the squad for the first two Tests.

Nadeem made the playing XI in the first Test and returned figures of 2 for 167 and 2 for 66 in the match as England beat India by 227 runs.

Beside Nadeem, experienced off spinner Ravichandran Ashwin and batting all-rounder Washington Sundar were the other two spinners in the XI.

After the match, the India captain conceded that the fourth and fifth bowlers – Nadeem and Sundar – did not give India the required control with the ball as England piled 578 runs in their first innings.

“That’s a fair assessment (the fourth and fifth bowlers not being up to the mark),” Kohli said after the match.

“You need your bowling unit to step up and create pressure on the opposition. We didn’t achieve that in this game which is fine, lack of execution is acceptable but to understand our mindset was right is very important for us,” he added while ruing that the “body language” and “intensity” of the team was not up to the mark.