American actor-producer Mindy Kaling is one of the most relatable celebrities on the internet. From sharing witty one-liners to epic captions and even hilarious memes, she believes in keeping it real and unabashedly so. Thus, it came as no surprise to her 5.8 million-strong Instagram following when the actor let her hair down to celebrate Pizza Day with a drool-worthy slice of the Italian delight! 9th February 2021 was celebrated as World Pizza Day all across the globe, and Mindy Kaling too hopped onto the bandwagon on the occasion. She shared a photograph of herself and actor Reese Witherspoon enjoying a yummy slice while ‘in costume’ at a film set. Take a look at her Instagram story: 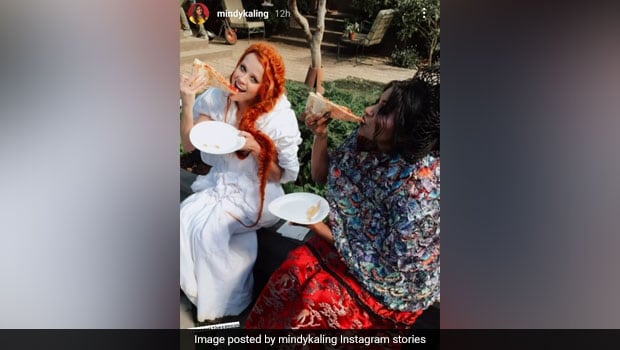 “Eating pizza in costume is more delicious for some reason. #NationalPizzaDay,” wrote Mindy Kaling in the caption. We could see her and Reese Witherspoon in interesting getups for their film’s shoot. That’s not all that the ‘Office’ actor did to celebrate Pizza Day, as she later shared a hilarious Instagram story about a pizza advertisement. Mindy Kaling shared a screengrab of a ‘Croissant Crust Pizza’ which popped up in her social media feed. In the pizza by DiGiorno, the regular pizza crust was replaced with a flaky Croissant-like base. “This was advertised to me and I can’t stop thinking about it,” she wrote with the story. Take a look: 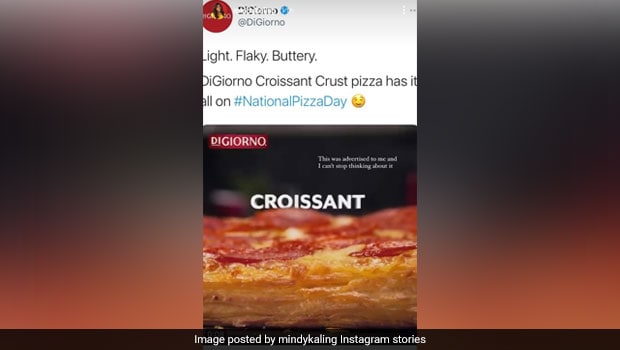 A while later, Mindy Kaling shared a video of some delightful pizzas sent over to her by Pizza Hut. The song ‘You’re Beautiful’ by James Blunt played in the background of the clip. We could spot a Margherita pizza, one topped with Mushrooms and another with slices of pepperoni. There was also some cheesy garlic bread and a decadent chocolate brownie generously sprinkled with chocolate chips.

It looked like the ultimate sumptuous pizza feast – both for the eyes and definitely to taste. Proceed at your own risk, as the pictures may give you intense cravings for pizza. You’ve been warned! Here are some snippets from the video she shared: 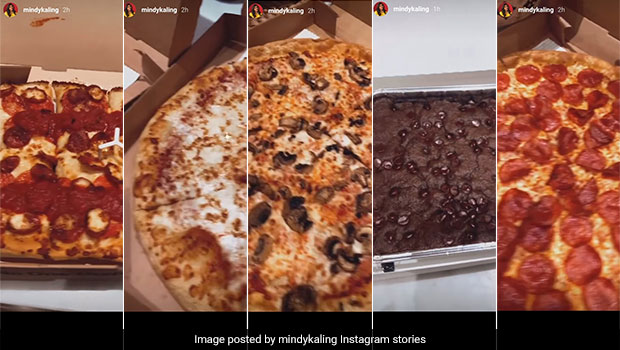 Mindy Kaling had last produced the Netflix series ‘Never Have I Ever’, which will see the release of a second season soon. She is working with Reese Witherspoon on ‘Legally Blonde 3’ – the third film in the much-loved romantic-comedy franchise. Apart from this, Mindy Kaling has reportedly co-written a comedy film, which she will star in along with Priyanka Chopra Jonas.

About Aditi AhujaAditi loves talking to and meeting like-minded foodies (especially the kind who like veg momos). Plus points if you get her bad jokes and sitcom references, or if you recommend a new place to eat at.

Facebook
Twitter
Pinterest
WhatsApp
Previous articleNokia Power Earbuds Lite With Up to 35 Hours of Play Time, IPX7 Build Launched in India
Next articleNeetu Kapoor informs no chautha to be held for Rajiv Kapoor due to safety reasons  : Bollywood News