Filmmaker Zack Snyder is gearing up for the release of his upcoming zombie movie Army Of The Dead, a Netflix project which was announced in 2018. The Netflix film is expected to arrive this year. The first was unveiled by Entertainment Weekly which features Dave Bautista, British actress Ella Purnell, Ana De La Reguera, Theo Rossi. Indian actress Huma Qureshi is also part of this heist movie. 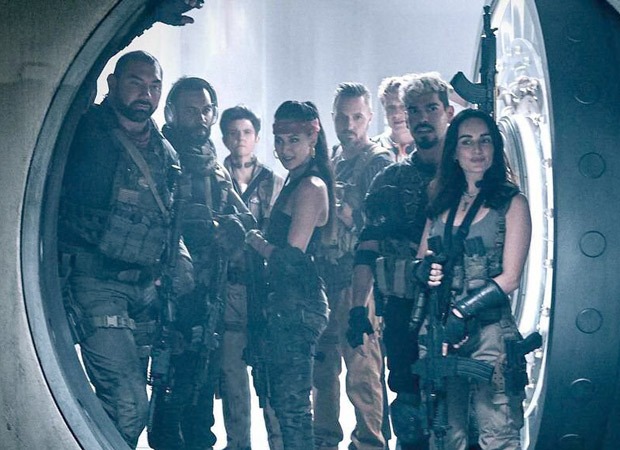 “It is a full-blown, balls-to-the-wall zombie heist movie, so it’s genre-on-genre in a great way,” Zack Snyder told Entertainment Weekly. “So you expect pure zombie mayhem, and you get that, 100 percent. But also you get these really amazing characters on a fantastic journey. It’s going to surprise people that there’s a lot of warmth and real emotion with these great characters.”

Snyder admits that he got the idea for the movie after wrapping up the 2004 remake of George A. Romero’s Dawn of the Dead. “With Dawn, we made a zombie movie but tried to do it all the way with all of those tropes of the genre,” Snyder told EW. “That was so fun, so I started to think of what were other genres that story didn’t have room for. It’s this tone where you have fun with the genre but you don’t make fun of the genre — it’s a fine line.”

“We were in a meeting at Netflix and I was talking about some of these scripts I was working on,” Snyder revealed. “And I mentioned the idea to [Netflix head of original films Scott Stuber] and he was like, ‘That is the movie! Go write that movie and let’s make it.’ I was like, ‘What, do you mean now?’ And he’s like, ‘Go write it tomorrow and we’ll do shoot it in a week.'”

Army Of The Dead marks Zack Snyder’s return to the zombie genre, having previously made his directorial debut with Dawn of the Dead for Universal Pictures. The first part is expected to arrive in 2021. The film follows a zombie outbreak in Las Vegas as a man assembles a group of mercenaries to pull off the greatest heist.

ALSO READ: Zack Snyder wraps up the prequel of Army Of The Dead, shares first look

Facebook
Twitter
Pinterest
WhatsApp
Previous articleIndian Cooking Tips: How To Make Peshawari Chicken Kebabs Under An Hour At Home (Recipe Inside)
Next articleBlueberry Cheesecake: A Creamy And Delicious Recipe For The Pro-Baker In You (Video Inside)